Our Board of Directors

Christopher Collier is chief financial officer at Flextronics (NASDAQ: Flex) with more than 20 years’ experience in finance, accounting and tax. Prior to this appointment in May 2013, Mr. Collier served as the senior vice president of finance and chief accounting officer at Flextronics International Ltd. He has also served as vice president of finance and corporate controller at the Company. Flextronics is an industry-leading, Fortune Global 500 Electronics manufacturing services company generating $26 Billion in annual revenue and operating a global footprint with over 200,000 employees and operations in 30 countries.

Mr. Collier joined Flextronics with the acquisition of The Dii Group, Inc. in April 2000, where he held the position of corporate controller. Prior to that he worked for KPMG as an audit manager and is a Certified Public Accountant. Mr. Collier earned a Bachelor of Science in Accounting from State University of New York at Buffalo.

Richard M. Jones serves as Executive Vice President, General Tax Counsel and Chief Veteran Officer for CBS Corporation. As General Tax Counsel, he oversees worldwide tax planning, strategy, operations, litigation and legislative matters for the Company. As Chief Veteran Officer, Jones oversees and coordinates all veteran-related initiatives for CBS Corporation, ensuring that the sacrifices of our nation’s veterans and their families are never forgotten, and that the Company is doing all that it can to promote their well-being.

Prior to joining the Company in 2005, Jones served as Vice President, Senior Tax Counsel and Assistant Treasurer for General Electric (NBCUniversal), where he was responsible for all domestic and international tax planning, structuring, M&A, operations and controversy matters. Before joining General Electric in 2003, he spent more than a decade as both a certified public accountant and tax lawyer with Ernst & Young, working in their media and entertainment and transaction advisory services practices. Jones also served as a law clerk for the New York State Supreme Court, Appellate Division, in the chambers of the Honorable Judge John P. Balio. Prior to reentering civilian life, Jones was a non-commissioned officer in the U.S. Army, where he served honorably as a member of the 75th Ranger Regiment and 10th Mountain Division.

Jones works closely with many veteran organizations and is a tireless and passionate champion for our nation’s veterans. He is proud life member of both the American Legion and DAV (Disabled American Veterans). He was appointed by Congress and serves on the Advisory Committee on Veterans’ Employment, Training and Employer Outreach (ACVETEO) at the U.S. Labor Department and U.S. Veterans Administration. In addition, he sits on the boards of the Wounded Warrior Project, The Institute for Veterans and Military Families (IVMF) at Syracuse University, USJAG (The Uniformed Services Justice and Advocacy Group), the Easter Seals Dixon Center for Military and Veterans Community Services, the Aaron Grider Foundation and is an advisor to Veteran’s Advantage and ACT Today! (Autism Care & Treatment) for Military Families.

He lives with his wife and two children in Bedford, N.Y. 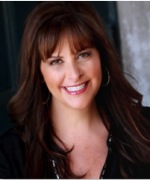 Marjorie Morrison is the CEO and Founder of PsychArmor Institute, Inc. and has spent over a decade doing extensive work with the military. Her desire to establish PsychArmor stemmed from her own experience being a civilian mental health provider during which she learned the imperative intricacies of military culture.

Marjorie discovered her passion for the field after she spent a year writing and implementing a revolutionary proactive counseling programs for the U.S. Marines at the Recruit Training Depot in San Diego, putting over 500 Drill Instructors through the program. Her study continued at Camp Pendleton, where she had access to hundreds of Marines to interview and learn from. This research was utilized to create a groundbreaking solution to approach military mental health care.

Having not come from a military background, Marjorie is a civilian who understands the military-civilian divide. She has become passionate in advocating education for civilians on how to work effectively and confidently with military populations, specifically through PsychArmor Institute.

Morrison is a California Licensed Marriage Family Therapist, a Licensed Professional Clinical Counselor, and a PPS Credentialed School Counselor and School Psychologist. She is the author of the book, The Inside Battle: Our Military Mental Health Crisis, and has written numerous editorials on the field of military mental health featured in TIME, Newsweek, The Daily Beast, Huffington Post, and several other new sources. Morrison is often featured as a subject matter expert, speaking publicly throughout the country and has been interviewed on several local and national television and radio programs, including BBC, NBC, FOX, CBS, and NPR. 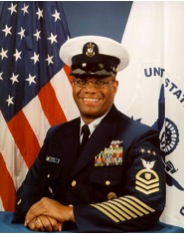 A native of Detroit, Michigan, Patton retired from the U.S. Coast Guard 1 November 2002, after serving 30 years of active duty. He became the first African American selected as the service’s senior-most enlisted ranking position as the Master Chief Petty Officer of the Coast Guard in 1998. His career included staff and operational assignments both afloat and ashore throughout the United States, and a joint military service assignment in Cuba and Haiti.

Patton served as the eighth Master Chief Petty Officer of the Coast Guard from May 1998 to October 2002. As the service’s top senior enlisted leader and ombudsman, he was the principal advisor to the Commandant of the Coast Guard, his directorates, and the Secretaries of Transportation and Defense, with primary focus on quality of life issues, career development, work environment and personnel matters affecting over 40,000 active duty, reserve enlisted, and civilian personnel service wide. He routinely addressed these specific issues before appropriate United States Senate and House committees in the United States Congress, as well as with the Commander-in-Chief, along with his senior enlisted counterparts of the other four military services.

A 1972 graduate of Cass Technical High School, Patton became an Eagle Scout and was also a member of the U.S. Naval Sea Cadet Corps (NSCC) JAMES M. HANNAN division during his high school years. All of Patton’s initial college education through doctorate degree was earned while on active duty. He received his Doctor of Education degree in 1984 from the American University, Washington, DC. His dissertation was based on the development and implementation of the Coast Guard Enlisted Evaluation System. He has a Master’s degree in Counseling Psychology from Loyola University Chicago; a Bachelor of Science degree in Social Work from Shaw College at Detroit, Michigan; and a Bachelor of Arts degree in Communications from Pacific Union College, Angwin, California.

After his military retirement, Patton completed a Master of Theology degree in Applied Religious Studies from the Graduate Theological Union in Berkeley, California. In addition, he was an adjunct professor teaching ‘Philosophy of Ethics’ at the University of California, Berkeley. Since 2003, he has performed summer missionary work with the International Rescue Committee in Haiti, and worked as an executive director for the non-profit Halley’s Comet Foundation, teaching “at-risk” teenagers seamanship and sailing skills. He served as a volunteer tour advisor and chaplain for the USO, participating in the “Operation Handshake” program to visit U.S. military personnel during the 2004 Thanksgiving holiday in Guantanamo Bay, Cuba, and in the 2003 holiday season with U.S. troops in the Persian Gulf and Southwest Asia involved with Operations “Iraqi Freedom” and “Enduring Freedom.” From 2004-2011, he was Director of Government Partnerships & Alliances for Military Advantage, also known as “Military.com,” the largest website devoted to the military community covering benefits, information and transition. From June 2002-June 2013 he served on the Board of Visitors for the Defense Intelligence Agency’s National Intelligence University.

Presently, Patton is Executive Director for the Armed Forces Communications and Electronics Association (AFCEA) Educational Foundation. In addition, Patton is a managing partner with Pinnacle Five, LLC, and a group of former senior enlisted members from the DOD services who served with him during his tenure as Master Chief Petty Officer of the Coast Guard. He holds board memberships with the Coast Guard Foundation, National Coast Guard Museum Association, Naval Sea Cadet Corps, Northeast Maritime Institute and the U.S. Naval Institute, and also serves on the Unitarian Universalist Association Committee on Military Ministry.